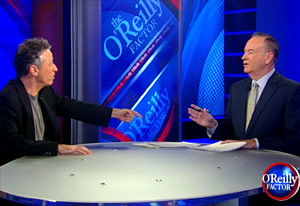 Fox News has long been regarded as a media wing of the Republican party and conservative ideology by most people who aren’t a part of those two movements, although it’s a charge the cable news giant vehemently denies. They regularly point to their slogan of “Fair and Balanced” in their defense, even though many would argue their coverage doesn’t live up to those standards.

One of the most recent examples of the network creating and running with a story that benefits a right-wing rally point is the issue of a rapper’s recent visit to the White House for a poetry event. To hear them tell it, it represents yet another example of an evil, radical White House that supports violent, misogynistic and cop-killing sympathizers like Common.

wait, what?! You mean the guy who made this video?

Yeah, they really went that route and chose one of the most pacifistic, socially conscious and PG-13 rappers out today and tried to turn him into a villain.

The fake controversy was spearheaded by Fox talking heads Sean Hannity and Bill O’Reilly and political pals like Sarah Palin. It all naturally drew a response from the hip-hop community that was a combination of laughter (since it was a ridiculous charge to level on Common) and anger because it pointed to the deeper-rooted problem of a political party desperately trying to make a black president and black musicians appear as un-American and overall bad people. I say this with confidence because I know it isn’t just a coincidence that the targets are always of a slightly darker skin tone (wink wink) than the angry people name-calling and because of stuff like this blatant hypocrisy about it all, highlighted by Jon Stewart and the Daily Show.

That seemed like a perfectly put-together example of how contrived the whole Fox News fiasco was, but it apparently wasn’t enough for O’Reilly, who prides himself on his blind stubbornness. So much so that he challenged Stewart to a debate on his Fox show, during which Stewart proceeded to so powerfully own O’Reilly that he might as well have taken his lunch money and paycheck.

I’ll give Bill credit on his unbreakable ability to close his eyes and ears and bulldoze any and all logical thought in his way. Gotta love how he repeatedly ignored Stewart’s other similar examples and just incessantly tried to discredit and vilify Common. He might as well have just punched Stewart, jumped on his desk, looked at the camera and exclaimed that now is the time to “take our country back” from these nefarious, thugs (you know, the minorities) and start the revolution!

At least then he’d truly live up to his whole “no spin zone” label.